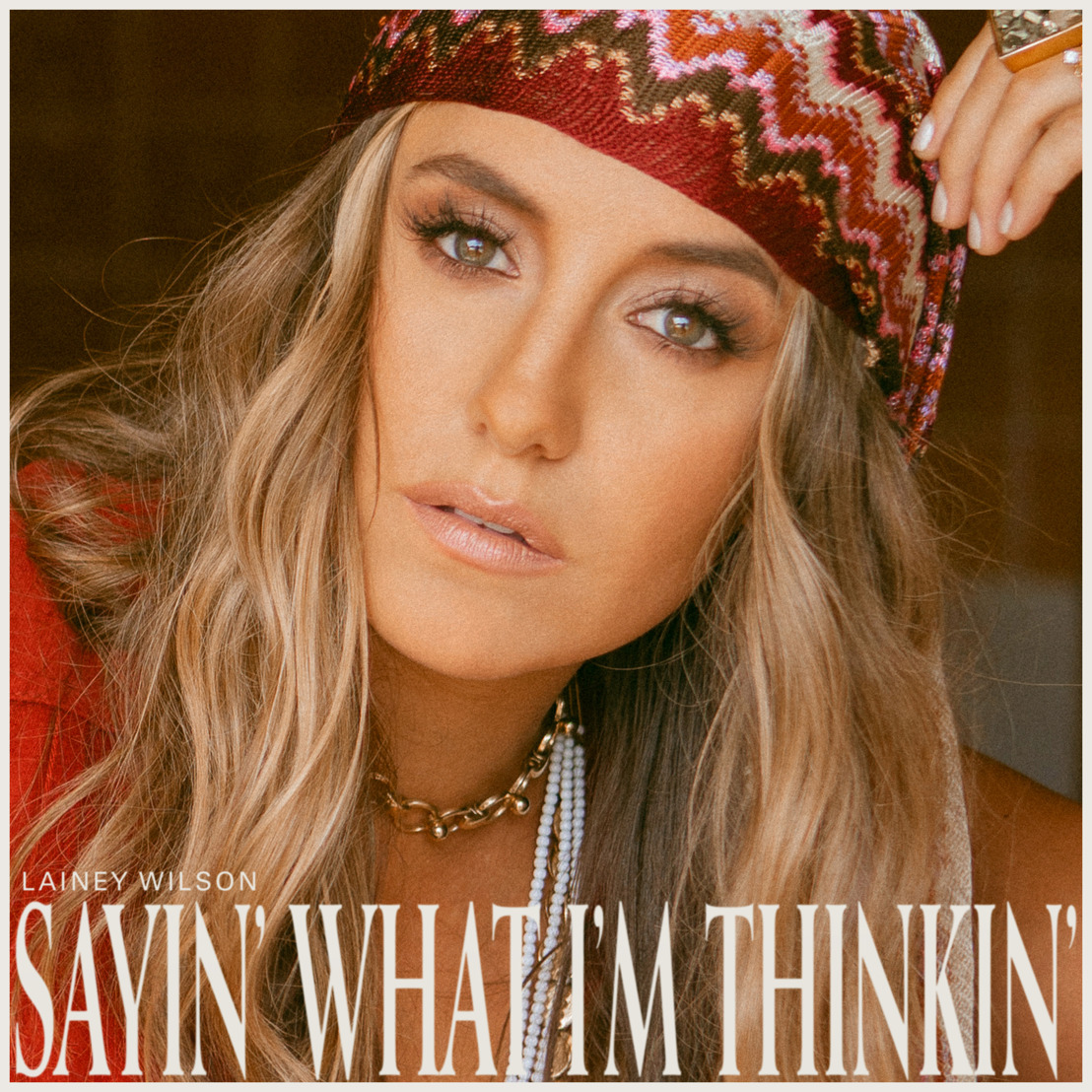 A testament to her talent and respect within the industry, right out of the gate, she landed her bucket list producer, the GRAMMY® Award-winning mastermind, Jay Joyce (Eric Church, Miranda Lambert, etc.) to amplify her signature Bell Bottom Country sound. Together they blend traditional Country with a funky, modern flare to bring her value and character-driven lyrics and stories to life—oftentimes empowering others with her own vulnerability and self-awareness.

“I hope people can listen to this record from top to bottom and feel understood, accepted and be inspired to be unapologetically themselves,” said Lainey Wilson. “I am humbled by the reaction this record has already received and excited to see where this body of work takes me!”

Wilson’s music is already taking her places—she’s performed on stages across the globe, but none more hallowed than the iconic Grand Ole Opry stage. On Valentine’s Day 2020, the rockstar performer fulfilled one of her lifetime goals of making her Opry debut and will return to the famous circle tomorrow night. Her fan-favorite “Things A Man Oughta Know,” and its 42+million streams has landed her on Spotify’s Nashville’s Worldwide Hot 50 and has been in the Top 5 for consumption per spin and streams per spin for the past 21 weeks (and counting) on Country radio in the US. The single is released to Canadian country radio today.

Proving worthy of being named as “one to watch” and “must listen” by many (Spotify, Pandora, MusicRow, Rolling Stone, CMT, The Boot, Sounds Like Nashville, etc.), Lainey Wilson has been featured on the hit series Yellowstone thrice and has earned a host of early critical praise for Sayin’ What I’m Thinkin’ (quotes below).

Unable to travel and be in-person, Lainey is taking to the internet to celebrate her album launch with fans. She will kick off the festivities with a livestream hang with fans at 11:40am CT before the YouTube Premiere of her Sayin’ What I’m Thinkin’ visualizer video at 12pm CT today. Tune in HERE. She will be also hosting “Sayin’ What I’m Thinkin’: A Seven Night Series” starting tonight. Sponsored by various partners, she will host different themed livestreams on her Facebook each night at 7pm CT to give fans exclusive content, performances and a behind the scenes look into Lainey’s life and the album.

WHAT CRITICS ARE SAYIN’ AND THINKIN’:

"Lainey Wilson is honesty and emotion. Lainey Wilson is Country Music. ‘Things A Man Oughta Know’ draws you in right off the top with the ear candy of the mandolin and then you’re hooked as soon as you hear her sweet voice filled with raw emotion. The story is relatable and real and sounds like an instant classic." - Rogers Country Brand Canada.

“Sayin’ What I’m Thinkin’ contains boundless bops—but make it backroads. Wilson religiously employs double entendre, softening the sometimes hard edges of her widely-relatable growing pains. She offers humor to humbly convey what’s on her heart with the hopes that her message may resonate beyond catchy pop-circles and drum loops. But Wilson’s astute approach could hardly distract from her astounding vocals” —American Songwriter

“Capable of blending a thoroughly countrified vocal approach with digitally sharpened contemporary production, thanks to the suppleness and body of her honeyed, crystalline twang.”—NPR

“A niche that includes plenty of tradition but also some progressive impulses… her music leans into the hard-fought independence women like Dolly Parton, Tanya Tucker and Loretta Lynn brought to the genre.” —Taste of Country

“One of Country’s most promising young stars… a sound that harkens back to those badass ladies of the ’90s.” —Whiskey Riff

“The project promises to be one of the most impressive albums of the year thanks to Wilson’s innate ability to create songs that are deeply rooted in the country world with strong lyrical stories that connect with listeners across the world, not forgetting that she also has one of the best voices in the genre.”
—Music and Tour News

“Music moves and the style aesthetic that comes with genres also has the power to move us. Country Music singer Lainey Wilson has a distinct retro style that makes her easily spotted in a room.” — Forbes

“I haven’t heard a more perfect ‘grab-you-in’ start to an album since Thriller”
—Chris MacDonald, The Kelly Clarkson Show

"One to watch? Absolutely, but more like one you can’t ignore."
—Baylen Leonard, Holler / Country Hits Radio

"She may be a relatively new voice on the scene, but she is a mighty one."
—Think Country UK

“Wilson continues to combine traditional country -- with that strong Southern accent, how could her voice sound anything but? -- with rock elements that are very appealing.” —Billboard

ABOUT LAINEY WILSON:
“One of Country music’s most promising young stars,” (Whiskey Riff) Lainey Wilson is the total package. Earning the enthusiasm of the industry, named as an “Artist to Watch” by Spotify, MusicRow, Pandora, The Boot, and Sounds Like Nashville (to name a few) and included in CMT’s “Next Women of Country” and “Listen Up” programs, the Louisiana native is one of Nashville’ most buzzed-about new artists, garnering early praise for her “unabashedly down-home and unflappably worldly” (NPR) style and exhibiting “just enough scars and pragmatism to write great, universal country songs” (Taste of Country). Her music has already been featured in the hit drama series Yellowstone three times, graced the Grand Ole Opry stage and was covered in publications like Forbes, Rolling Stone, New York Times, Billboard and NPR. With a rockstar stage presence, her artistry has taken her across the globe, performing for sold-out crowds throughout the US, UK, and Germany with notable names like Justin Moore, Tyler Farr, Ashley McBryde, Randy Houser, Josh Turner and more.

(American Songwriter) left her small farming community in a camper trailer to chase her dreams and has been carving her own unique place in the country music landscape ever since. Creating a sound and style all her own with “Bell Bottom Country,” which blends traditional Country with a modern yet retro flare, Lainey is a fresh, fierce voice in Nashville. A prolific writer (having co-writer credits on songs by artists including Luke Combs), Lainey shares her feelings, stories, experiences and understandings through her music. Described as “a cross between easy listening and hard truths” by The Boot, Lainey’s music (and character) is largely driven by her values and self-conviction. Her new album, produced by GRAMMY Award-winning mastermind Jay Joyce (Eric Church, Miranda Lambert), Sayin’ What I’m Thinkin,’ is available now via BBR Music Group/ Broken Bow Records. Following the sentiment of the title track, the entire album is rooted in authenticity, honesty and thoughtfulness—representative of Lainey’s own character. The album includes her current radio single and “song every country fan needs to hear” (Taste of Country), “Things A Man Oughta Know.” With more than 35 million streams, the song is a fan and critic favorite, spurring a flurry of activity across social media as well as included in “must listen” lists in publications like NPR and Rolling Stone.